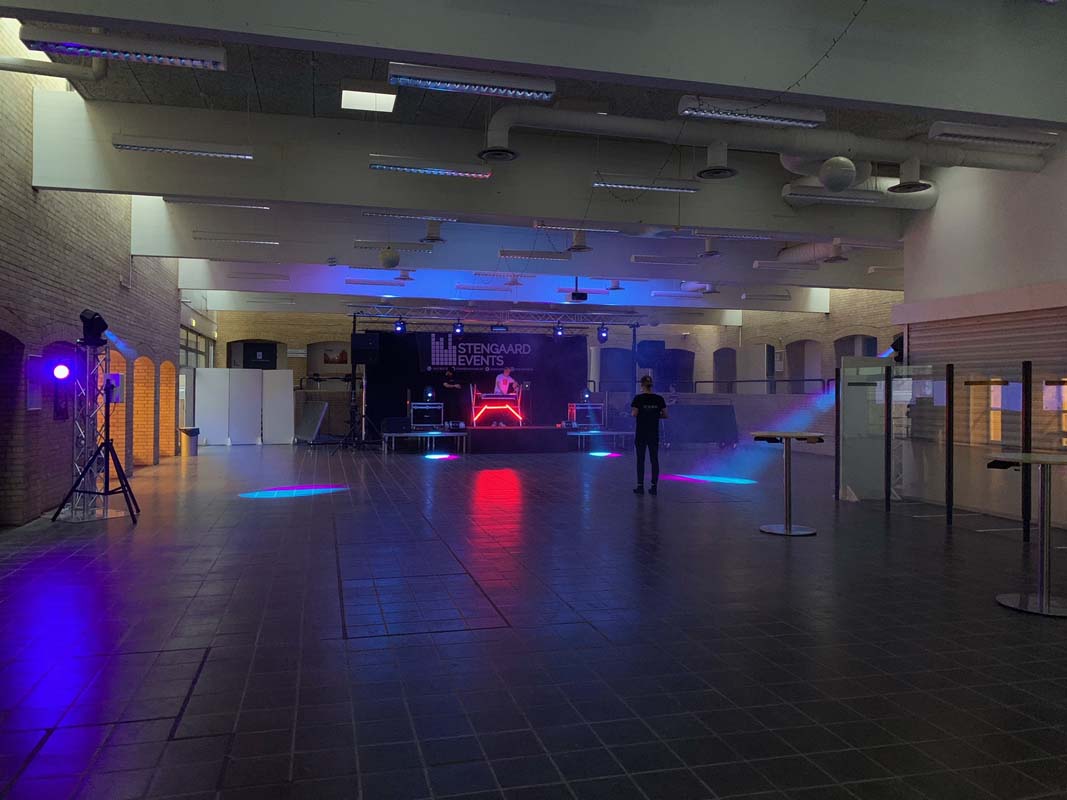 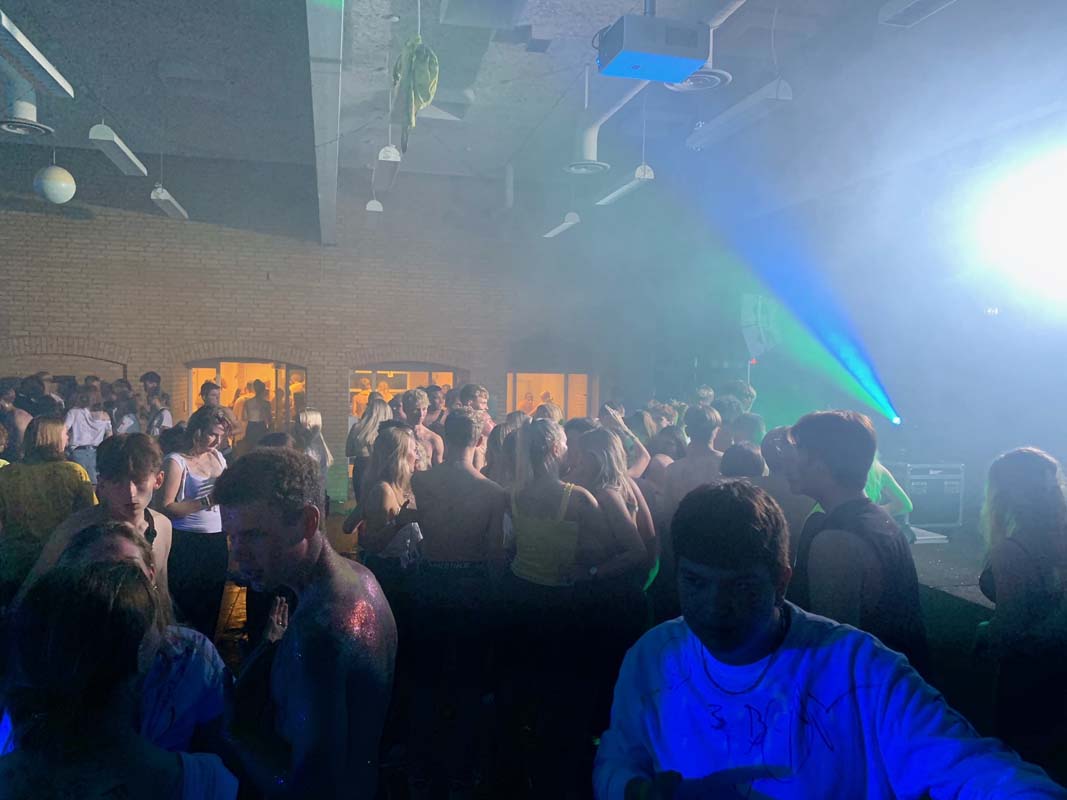 I believe the penultimate line of Elton John’s Rocket Man goes something like, “And I think it’s gonna be a long, long time…” and for many at Slotshaven the opportunity to be able to party into the early hours of the morning has indeed been a long, long time. Perhaps, too long. However, on Friday night Slotshaven Gymnasium was able to finally throw wide-open its doors and rock once more. And how did they rock.

With a determined desire to make up for lost time, glitter in the air – and hair – an arm band wrapped around their wrists and a drink’s card flapping in their hands over 500 gleeful students attending Slotshaven Gymnasium boogied their way into the early hours of Saturday morning. As the Holbæk night wore on many a smile became a belly laugh and many a fellow student became a friend. The dance floor was continuously shakin’ and a makin’ with beats from old to new keeping the carefree students in a memorable musical trance. As G. B. Shaw once quipped, “Youth, is the most beautiful thing in the world” and as the recent corona pandemic and shown us all, time is so, very, very precious.

As the night came to an end and the music faded away many a memorable memory was made. Finally, as the last few students headed back home into the late night’s drizzle Slotshaven Gymnasium Party Committee could look back on a very well-planned and well-presented evening. Thanks to everyone who helped prepare the party and especially to all those who attended and made this evening so extra special. And for all those who missed the occasion thankfully, the next party event at Slotshaven Gymnasium is not ‘going to be a long, long time…’